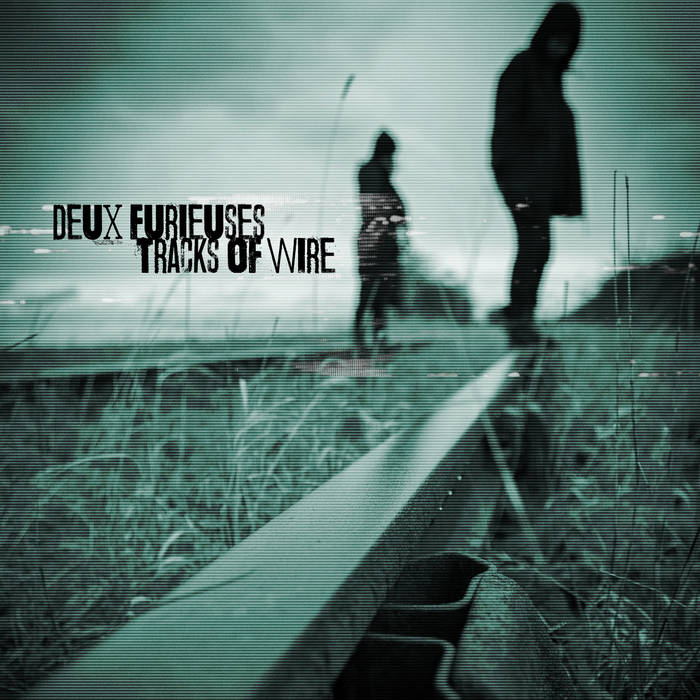 Tracks of Wire topped many Album of the Year lists and was No 9 in Louder Than War's Top 50 Albums of 2016 along with albums from PJ Harvey and Savages.

"Anger masterclass. Their self-released album positively bristles with rage. The fat-free song structures recall Rid of Me, the harshness and austerity of Savages. They are most effective when they slow down on Kill Us which nods to Led Zeppelin's Immigrant Song before locking into a menacing groove. A bold and accomplished debut'
*** Q MAGAZINE (print) Phil Mongredien

"'Tracks of Wire' is this year's 'Nevermind'. Ros Cairney and Vas Antoniadou's aptly named band combines the fury and intensity of early Fugazi with the stylish atmospherics of Savages."
9/10 LOUDER THAN WAR MAGAZINE (print) Gus Ironside

"It is, in modern day terms, a classic album..a soundtrack to life in 2016. What makes a classic album? Perfect songs, emotive lyrics, unforgettable choruses, excellent production, a feeling that the band has contributed blood, sweat and tears to every note, and for Deux Furieuses all those boxes are ticked. It's the sound of standing up and fighting for your rights, it’s the sound of now...Sometimes an album comes along that just grips you by the throat on the first listen and won’t let go, Tracks Of Wire is one such album. It sets the bar very high in terms of modern day punk."
10/10 LOUDER THAN WAR Paul Scott-Bates

'Tracks of Wire is an extraordinary tour de force combining visceral rock power, thunderous tribal rhythms and intelligent, articulate lyrics. In many ways Tracks of Wire follows in the tradition of Nirvana's 'Nevermind' or the Sex Pistols 'Nevermind the Bollocks' - a raging rock record with compelling lyrics that address pivotal contemporary issues. With hooks and atmospherics reminiscent of The Breeders and Savages, this irrepressible debut should find a wide audience for its powerful messages.' SOGO MAGAZINE

'​It’s probably lazy to compare Deux Furieuses to other female punk/post punk acts like Savages, PJ Harvey and even The Joy Formidable but if you could imagine a blend of all of these, you’ll come somewhere close to the sound these two create. One of the best releases of the year. Get it!" PUNKONLINE

"Capturing the mood of frustration, bitterness and righteous fury directed at the political establishment, Tracks of Wire is a call to arms to the disenfranchised that screams “we can and must do better than this” with every pounded drum and howl of distorted guitar." JOYZINE

Bandcamp Daily  your guide to the world of Bandcamp

Featuring appearances from Kari Faux, Bluestaeb and and interview with NY-bred artist Wiki